How Much Fatigue Are You Experiencing? Mr. Sota Shimozono, a Former Self-Defense Forces Psychological Officer, Shares Information and Advice for Businesspeople

The COVID-19 pandemic placed significant stress on all of us with no end in sight. Since shortly after the start of 2022, a new wave of infection has emerged, once again increasing the number of teleworkers. In consideration for those experiencing greater fatigue, Tokyo Century NEWS organized a mental health webinar for the sake of maintaining their wellbeing and invited Mr. Sota Shimozono, a former Psychological Officer for the Self-Defense Forces (SDF), to speak on the topic. The webinar will raise awareness of how to solve such problems as not being able to maintain your typical level of performance.

Common Signs that Highly Skilled People May Suddenly Break Down 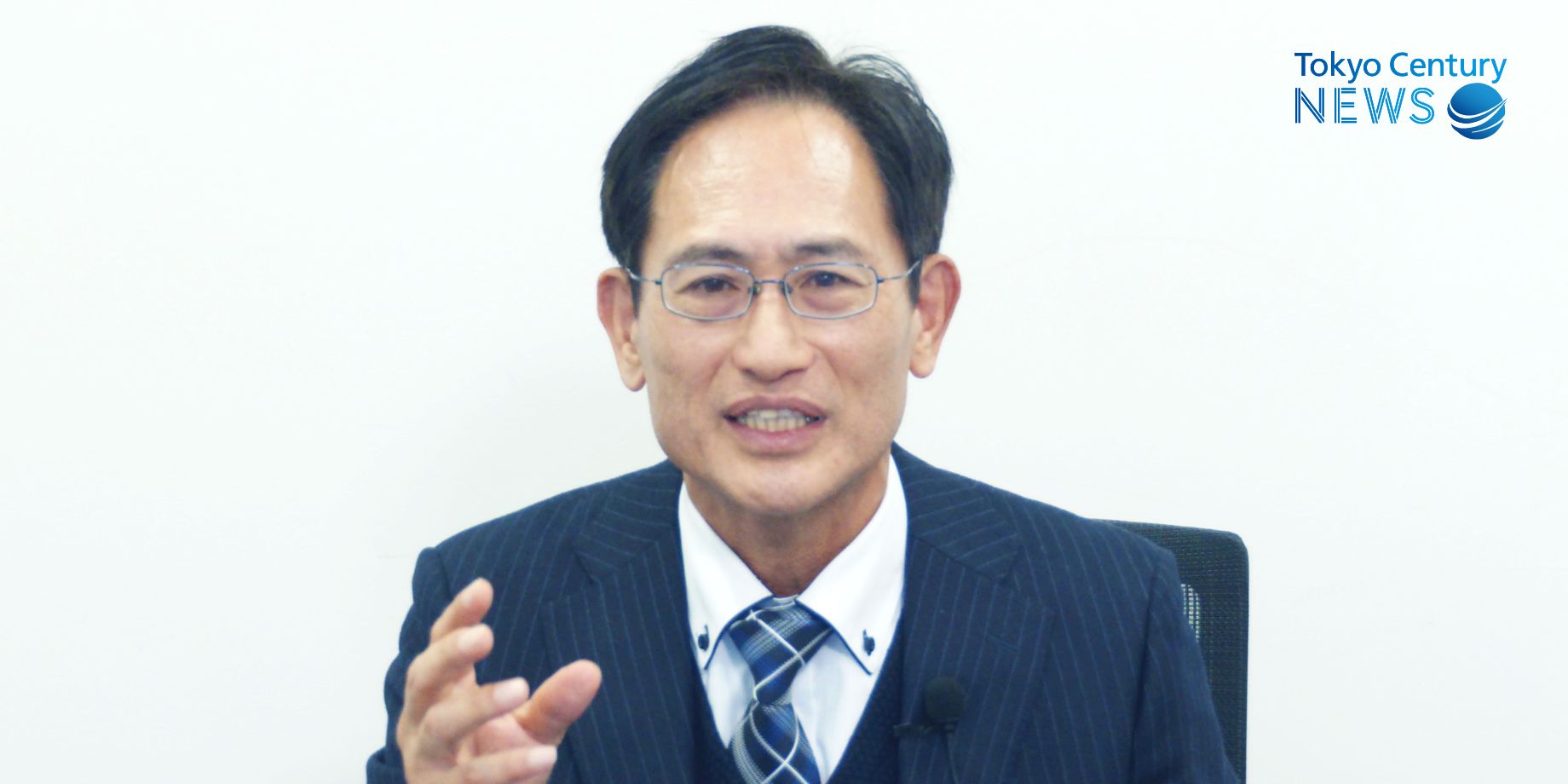 ─We all feel different kinds of stress every day in our working lives. So, could you first explain how stress affects our minds and bodies?

Even when people are feeling the same stressful situation, two different types of mental breakdown may occur depending on the level of job skills. The first is Type A, for those who are relatively unskilled. For this type, stress increases as job performance declines, so gaining skills through training is an effective step. As skills improve, job efficiency will naturally rise, and stress will decrease.

Next is Type B, for those who are highly skilled. In this case, a moderate level of stress will actually improve job performance and may even lead to the best results. When the level of stress exceeds a certain level, however, performance drops sharply. The person may appear to be doing fine right up to the last minute but then suddenly runs out of energy. From my experience in observing many SDF personnel and businesspeople, I feel this type is very common. 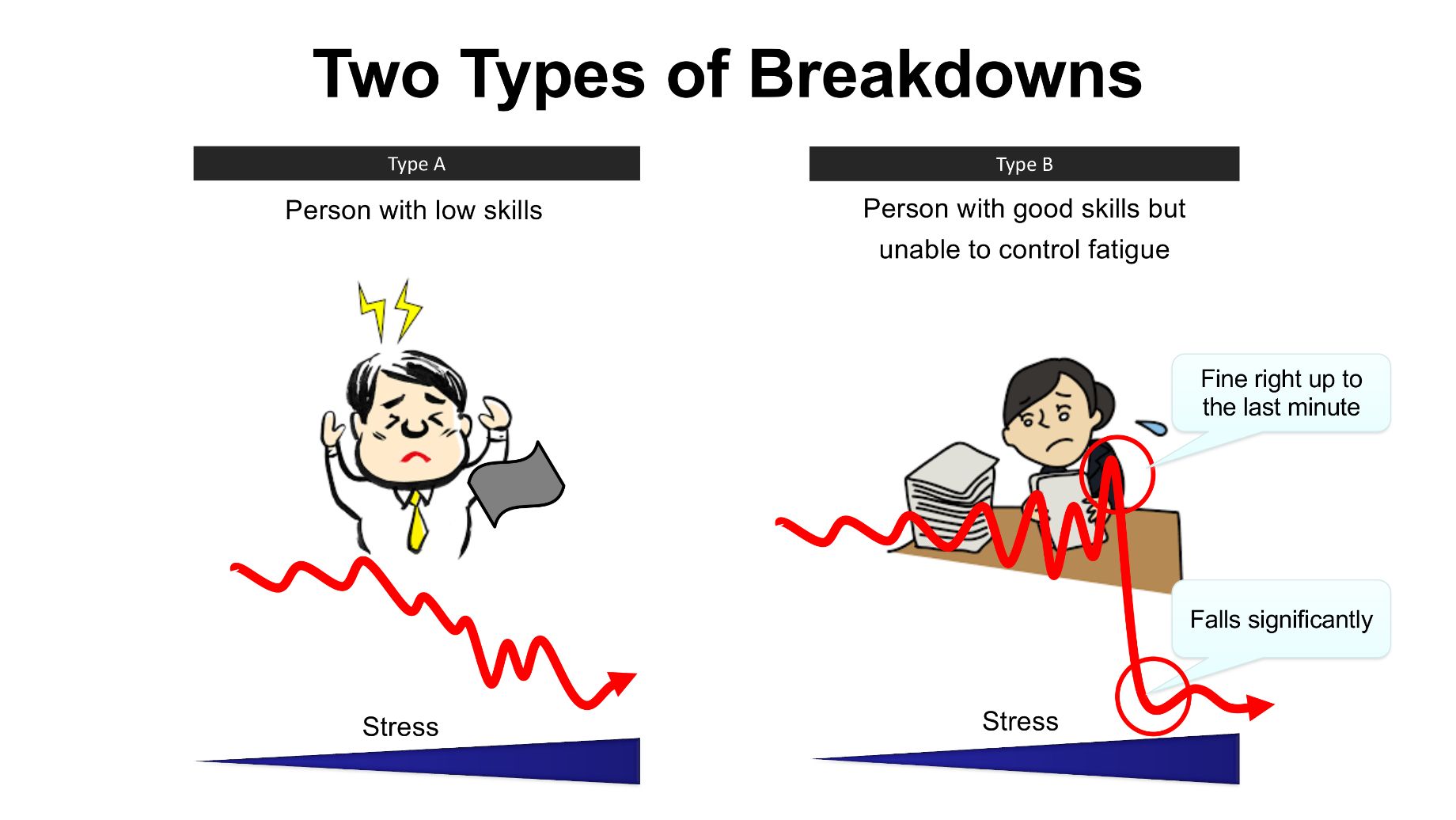 How does this happen under the Type B situation? The most common cause is accumulated fatigue, in the sense of mental fatigue, which differs from the physical fatigue one experiences after engaging in sports. This type of fatigue, which slowly accumulates before one becomes fully aware of it, is often referred to as stealth fatigue, which I believe is the root cause for 80% to 90% of the reported cases of depression.

Mental Fatigue that Slowly Accumulates Without One Being Aware of it, and How it Develops

─How can we be aware of stealth fatigue when it builds up before we become aware of it?

To be able to check your fatigue level, you must first understand there are several stages of fatigue conditions. Here I will highlight three levels of fatigue and explain their characteristics along with the balance of primarily negative emotions and reason.

Ratio between emotion and reason → 20:80
・Highly motivated and able to concentrate on daily work.
・Able to make rational decisions and solve problems calmly. Also able to quickly switch thoughts.
・Able to naturally recover from shocking events and see problems as part of growth.

Ratio between emotion and reason → 50:50
・It takes twice as long to recover as in 1x mode.
・Always in a state of tension and busy with the work at hand. The frequency of small mistakes and memory lapses increases.
・Person appears to be in good spirits but is inwardly grumpy and irritated. Begins to say, “I’m not motivated,” “I just don’t feel like working,” or “I can’t be bothered.”
・Begins to display physical symptoms such as insomnia and loss of appetite (in many cases, physical disorders appear first).

3x Mode: Running Out of Gas

Ratio between emotion and reason → 80:20
・It takes three times as long to recover as in 1x mode.
・Unable to think of anything and unable to concentrate on work at all.
・Self-confidence declines, self-doubt and interpersonal fear increase, and a depressive personality like a different person emerges. Becomes severely depressed in response to petty remarks from others and begins to see everything in a negative light.
・In addition to insomnia and loss of appetite, various physical symptoms, such as stiff shoulders, headaches, and tears, may also occur.
・As the 3x mode becomes more severe, the person begins to have thoughts of wanting to be gone or to die. 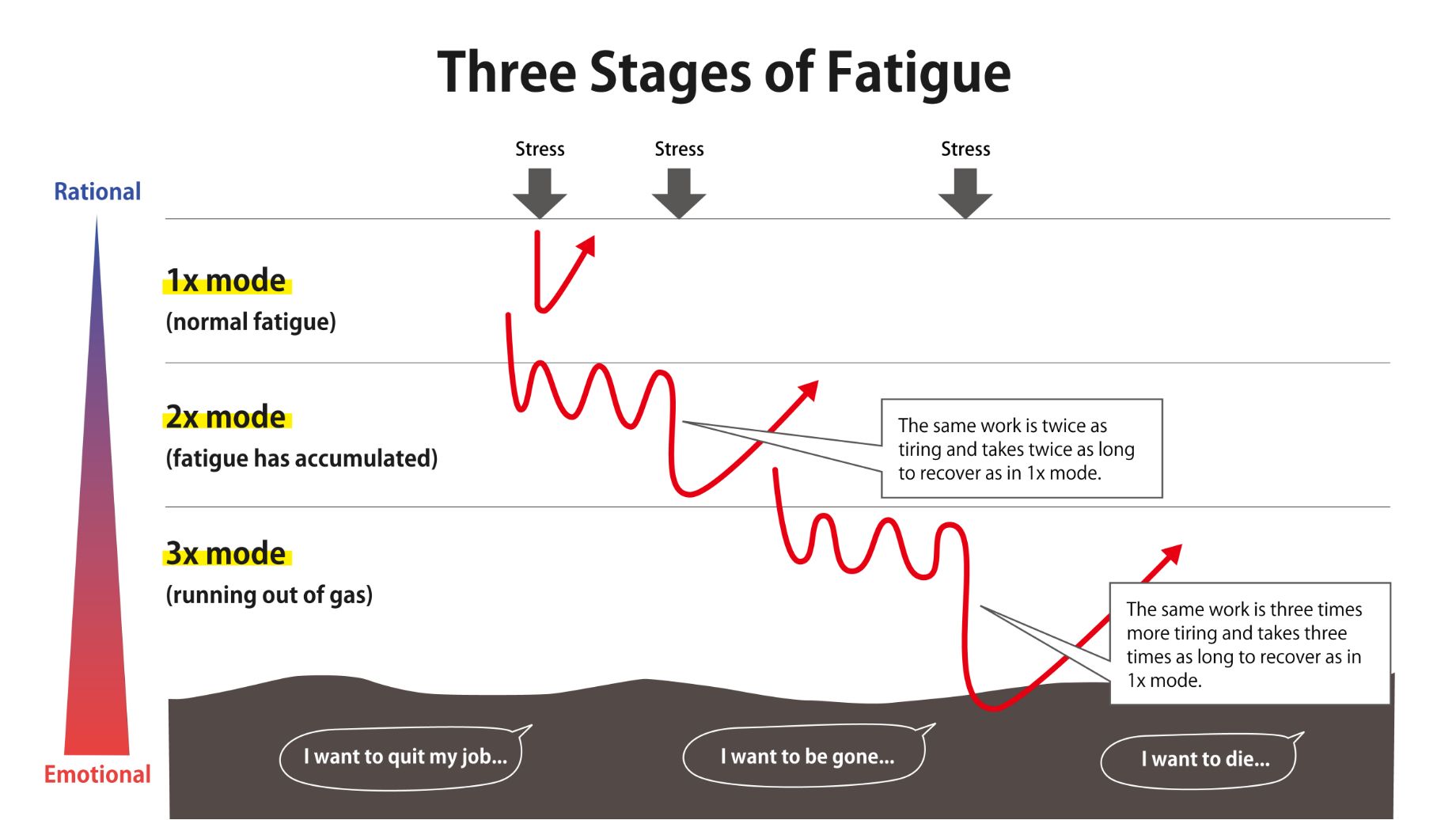 —I see. You said that the cause of stealth fatigue is stress, but what specific kinds of stress are there?

Slowly accumulating mental fatigue is caused by emotional exhaustion. One factor is the nature of the information society. We are exposed to massive volumes of information through the media and social networking services, as well as our daily work, and we get worn out emotionally without realizing it.

Changes in your environment, such as the death of a relative, developing a disease, and losing a job, can also significantly exhaust your emotional resilience. You may be surprised, but positive changes such as marriage and promotions can also generate stress. Every change is stressful for humans in the sense that we use energy to get used to the new situation.

These environmental changes hit us all at once with the spread of COVID-19. From the very beginning, I feared that we were encountering a terrible situation. During the pandemic, we’ve been not only exposed to fundamental fears directly related to our survival but also to restrictions on our freedom in daily life, such as meeting and talking with people and going out to eat good food, forcing us to isolate and get by on your own. In addition, we are plagued every day by interpersonal anxiety that we might get infected or infect others.

I think that we are already exhausted after living through such experiences for about two years. I feel that the average fatigue level among Japanese people is now roughly below the 2x mode. In other words, Japan is now a “frustrated society” in which about half of the population is suffering from significant fatigue.

—Many businesspeople have also experienced changes in their working environment, such as transitioning to remote work.

Remote work has some positive aspects, such as not having to see those you don’t like and not having to commute, but it also has negative aspects: it is difficult to change your mindset, and this makes you prone to overwork. Moreover, people are communicating less with their team members than before, so many may feel that it has become more difficult to build relationships.

When you meet in person, you can chat more and get a lot of internal information from the facial expressions of those you are talking with as well as nuances of their words. But when working remotely, communication problems tend to occur because it is difficult to read the thoughts of others, and casual comments can be interpreted in strange ways. So, from the perspective of the psychological safety of the team, remote work is not always a benefit. 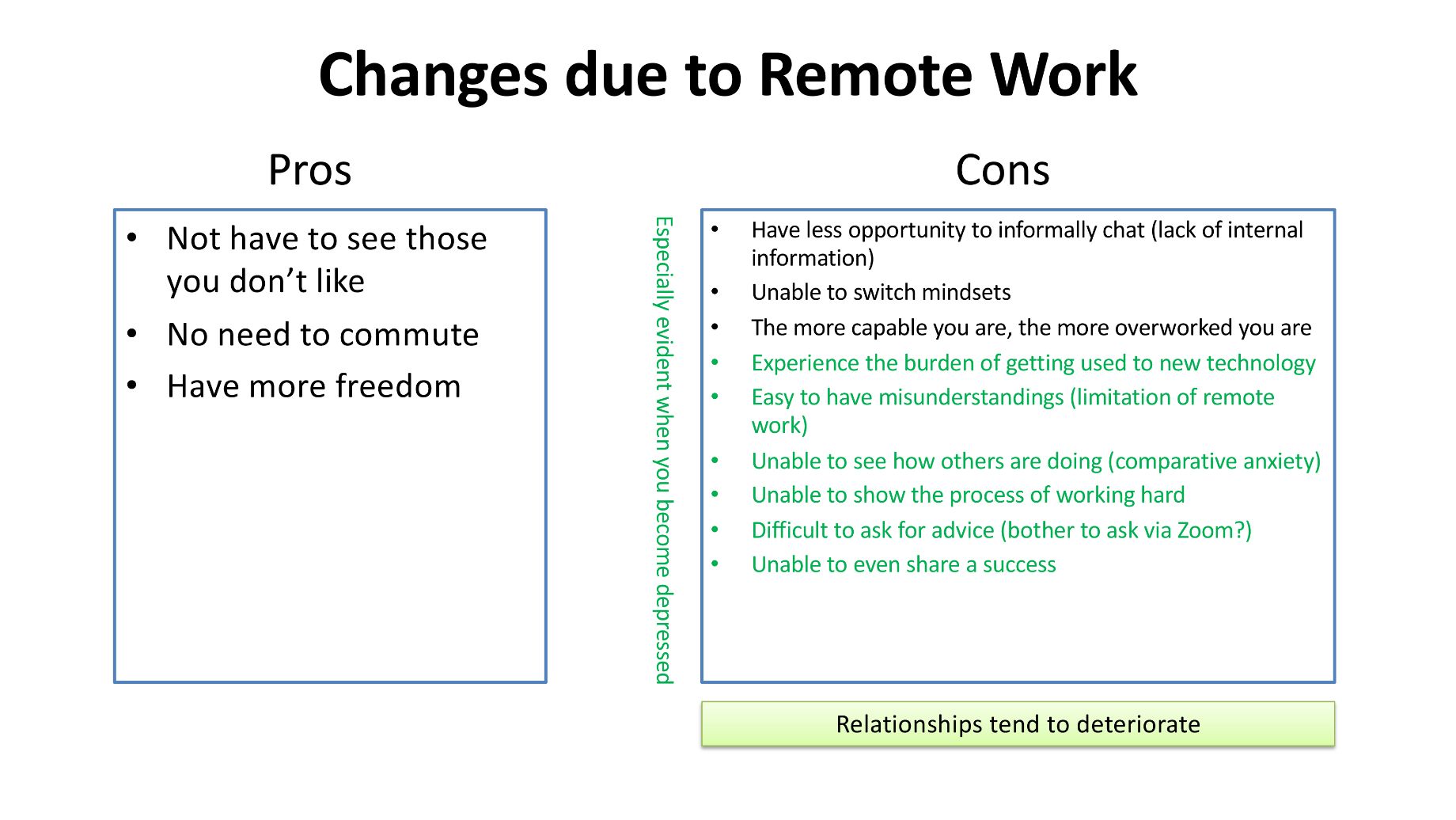 Sleep Is the Best Medicine. When You Feel Tired, Get Some Rest First.

─What can we do to recover from mental fatigue?

The first step is to make a habit of checking your own level of fatigue. If you become aware of fatigue, prioritize getting rest, and at the same time, consider getting away from stressors and talking with someone. Let’s look at these actions one at a time.

Method 1: Get Rest by Restricting Yourself to Home-based Self-care

I often hear people say, “I just can’t get motivated, so I’ve got to retrain my body and personal fortitude.” But this is the wrong idea. In this case, you need to get rest more than anything else. There are two types of rest: sleep and stress relief, and I recommend restricting yourself to home-based self-care as a way of doing both.

Try to get plenty of sleep, about nine hours, during home-based self-care. In fact, most Japanese chronically lack sleep without realizing it. The best medicine for stealth fatigue is sleep. This cannot be overemphasized.

Next is a method of stress relief. Generally, when people think of stress relief, they think about active hobbies such as engaging in sports or traveling. But when you are exhausted, those approaches can be counterproductive. So, try healing hobbies instead, such as watching movies at home and playing Japanese chess: shogi. If you don’t have any healing hobbies, this is a good opportunity to find one that suits you. After engaging in home-based self-care for a few days, you should experience considerable relief from fatigue. 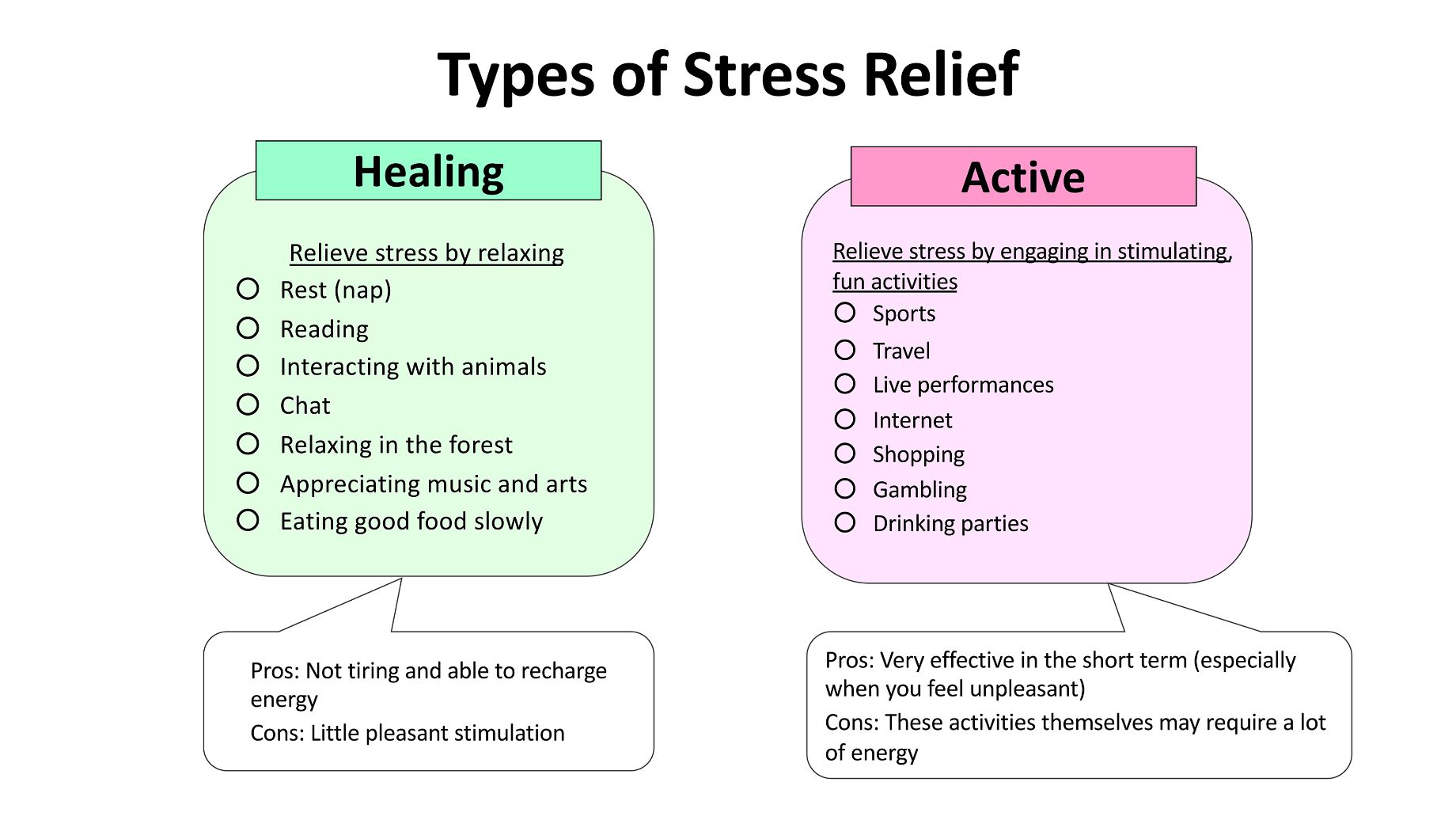 Recovering from fatigue also requires avoiding, as much as possible, stimulating situations that can cause fatigue. If this is hard to do, try to maintain psychological distance, for example by not thinking about it at all at night. At the same time, try to avoid sources of information that stir feelings of anxiety, such as social media and TV talk shows.

Many of us have been taught from an early age that we should do our best to just get through tough times. But can that be the only human strength? Sometimes it is necessary to have the courage to withdraw. I believe that an important mental skill for businesspeople is to know their own limitations, such as mental and physical limits as well as level of skill, and to sometimes choose the path of temporary withdrawal.

Method 3: Talk to Someone to Release Your Feelings

I recommend talking about your situation with someone you trust. This may not only help lighten your load by letting go of your feelings, but you will also become aware of any bias in thinking or feeling that you may have developed without realizing it. As you become more tired, the filter through which you view the world and yourself becomes more distorted. So, please consider seeing a psychiatrist or other mental health professional as well as speaking to someone close. 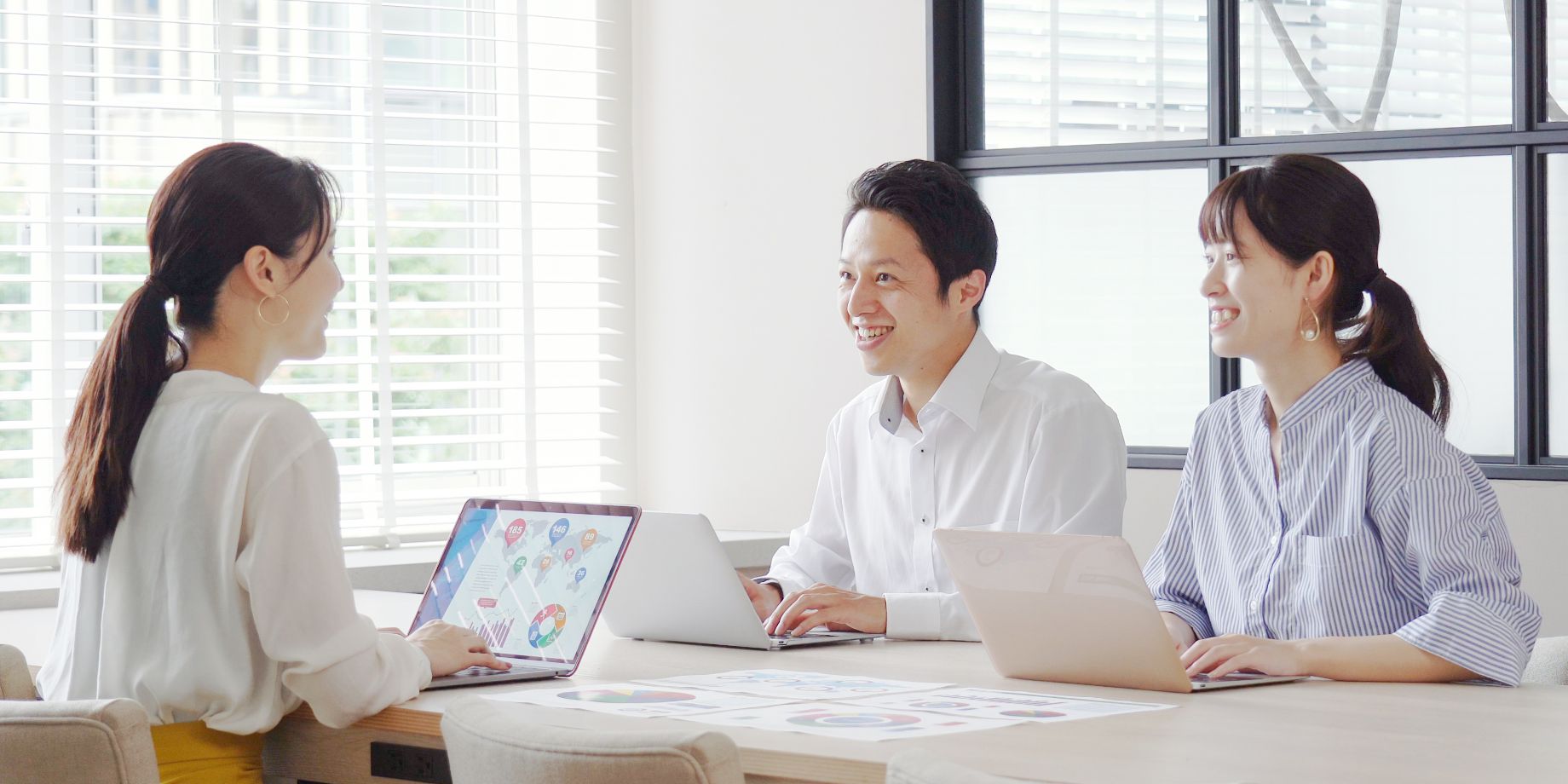 ─Thank you very much. Finally, what advice could you share with supervisors, managers, and others engaged in overseeing staff well-being?

They should first realize problem-solving advice that may have been effective for subordinates in 1x mode may be counterproductive for those who are exhausted in 2x and 3x modes. This is because even the best practical advice may make them feel bad about themselves for their lack of motivation, and they could get stuck in a vicious cycle. This would be something like ordering someone who has a high fever due to a cold to do strength training.

Identifying and implementing the correct approach will require observing each subordinate every day and discerning whether they are reaching their limit in being tired. Based on the understanding that not everyone is in 1x mode, if any of your subordinates is tired, provide a safe environment in which they can feel comfortable. A key job of a leader is to assess the condition of each member and establish an environment in which they can all confidently demonstrate their abilities. It is also important to avoid trying to overcome every challenge by yourself as a supervisor or manager; ask counselors or other professionals for help from time to time. 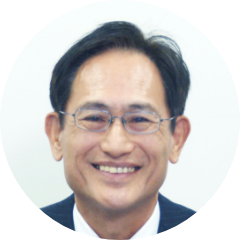 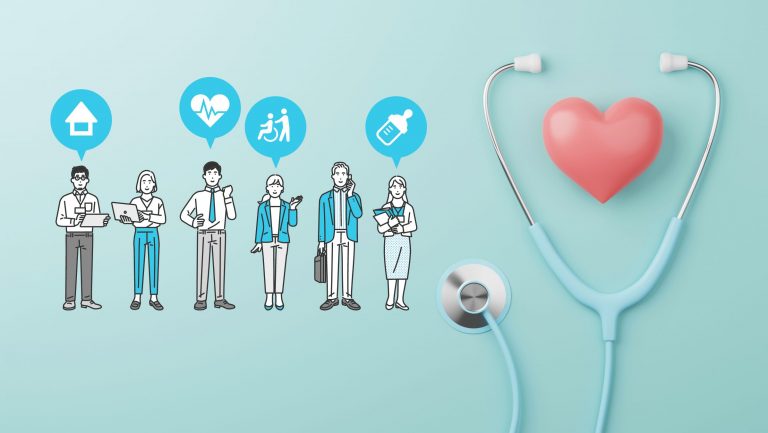 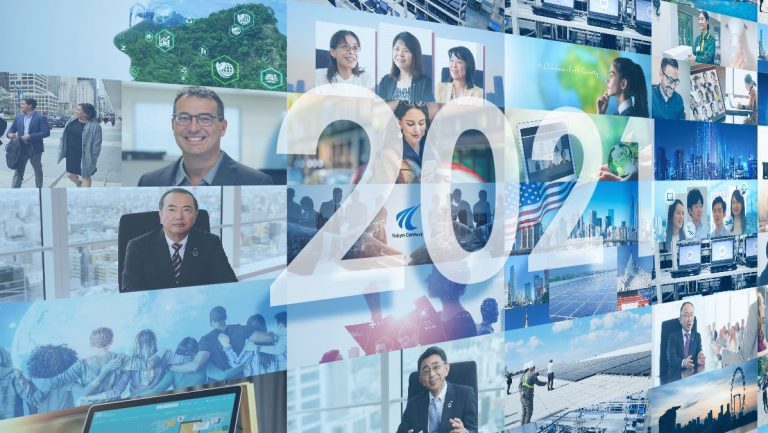 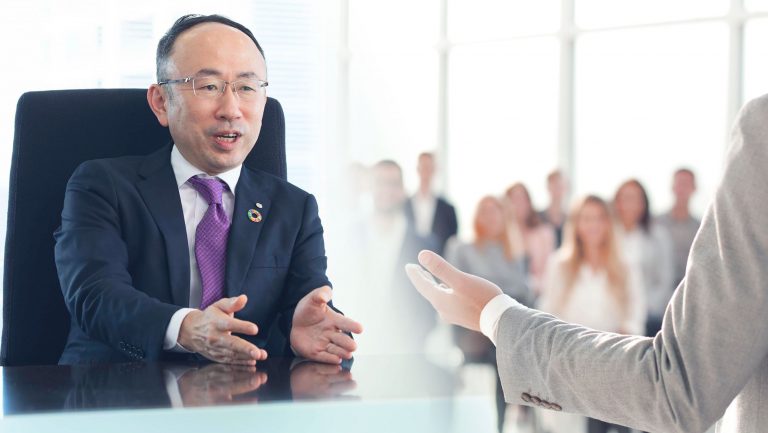 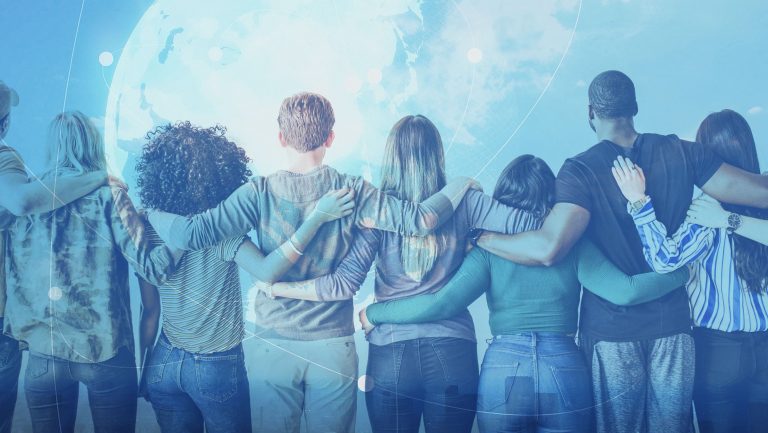 Basic Policy and Initiatives on Health and Productivity Management