Staff in Thailand Talk about Their COVID-19 Experience: Rediscovering the Kindness of the Thai People 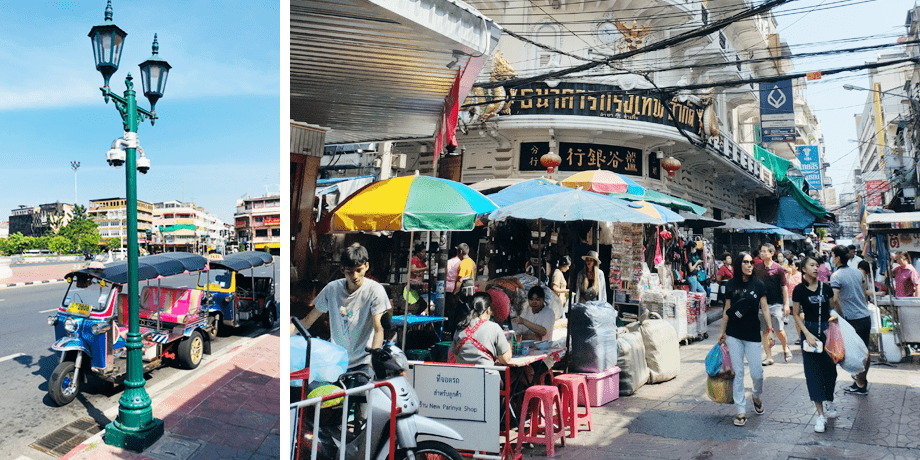 The Response to COVID-19 in Thailand, a Nation Characterized by People with Big Hearts

―― Tell us how you have come to view the culture of Thailand and its national character as residents.

This is my second assignment in Bangkok. My first lasted five years, from 2008 to 2013. When I returned in 2017, I remember noticing how traffic jams in Bangkok had become more intense. My impression is that while there are more skyscrapers and large shopping malls, very few resources are being allocated to expanding roads. While automobile registrations are on the rise, many of the trucks and buses on the road are more than 30 years old. 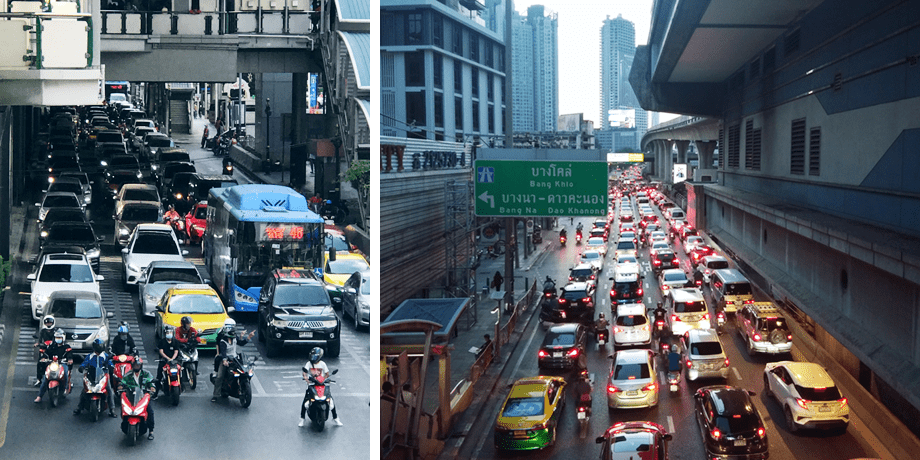 There are a lot of traffic jams in Bangkok.

I arrived here in October 2015 and am now in the sixth year of my assignment. Bangkok is relatively safe, and I hardly ever feel any danger in daily life.

The Thai people have big hearts. At work, they always project the positive attitude of “Dai, Mai Pen Rai (Can do, no problem).”

―― In mid-March, a state of emergency was declared in Thailand. What was it like at the time?

A curfew was imposed, and schools and leisure facilities were closed. Restaurants and bars were also forced to shut. The only businesses that remained open across the city were convenience stores, supermarkets and pharmacies.

Thailand has stringent rules on alcoholic beverages, which can only be purchased from 11 a.m. to 2 p.m. and from 5 p.m. to midnight. Liquor sales are completely banned during major elections or Buddhist ceremonies, and you can’t even order drinks at restaurants. Under the latest state of emergency, liquor sales were prohibited for three weeks, which must have been tough on those who like drinking.

―― How did TCCS respond to the state of emergency?

COVID-19 began to spread in Thailand around mid-March. TCCS had anticipated the state of emergency at an early stage and began preparations in February by establishing emergency lines of communication and identifying critical operations.

To reduce the risk of infection, we formulated and implemented a business continuity plan, which included setting up a backup office at our fleet management office about eight kilometers south of our head office in Bangkok, allocating personnel to the two locations and switching part of the labor force to remote work.

The shift to remote work began with the sales unit, despite concerns that it may weaken collaboration and sap employee motivation. So, we divided our sales staff into four teams of about 20 members each and launched a two-month competition. The top two teams were to receive incentives. And while nationwide automobile sales fell in May and June, we were able to prevent a drastic decline in orders, thanks to the teamwork of our sales staff.

We also adjusted our management units to minimize infection risks by conducting a detailed review to identify tasks that could only be done at the office and those that could be handled at home and by creating weekly shifts for office work. When the number of infections in Thailand peaked in May and June, we shortened our work hours to avoid rush hour.

Some employees requested working at the office, with several stating that their homes were too small to secure space for working or that it was impossible to work during the hottest months of summer with no air conditioning in their rooms. While this made me acutely aware of the differences with Japan, everyone persevered and did an excellent job. 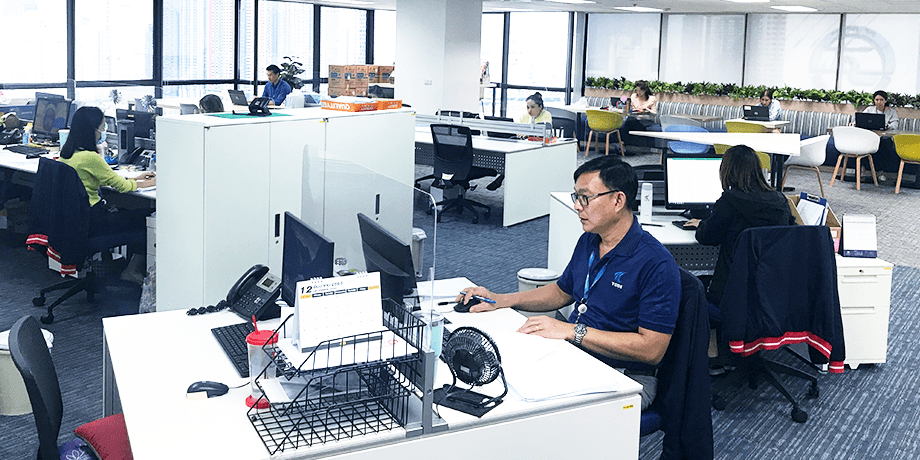 Partition panels have been set up in the TCCS office to prevent droplet infection by reducing the number of people facing each other.

―― Have you taken on any new challenges at TCCS?

Taking our cue from the COVID-19 pandemic, we began making original face masks with “TCCS” stitched into them. During the dry season, Thailand suffers from the unhealthy impacts of PM2.5, so we figured the masks would remain in demand even after the pandemic. We asked the company that makes our corporate uniforms to produce the masks. At first they were unenthusiastic, but eventually they seemed to realize the business potential. Once the samples were created, the masks were produced at amazing speed. 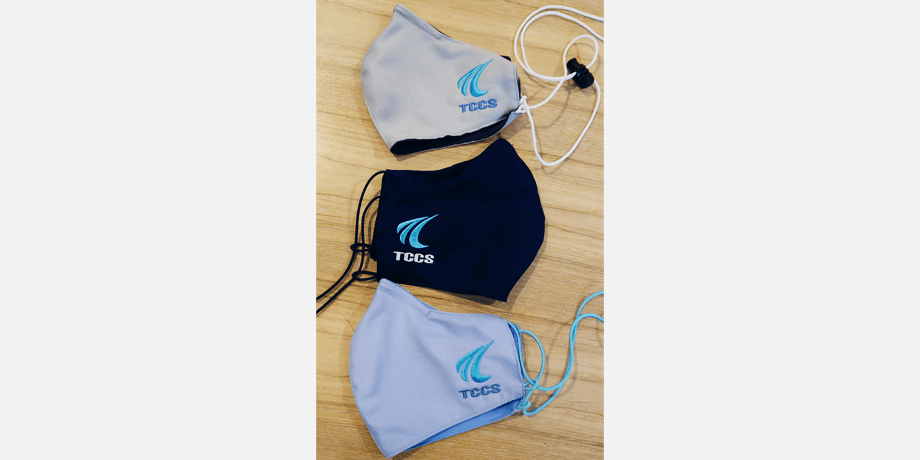 We launched the TC Car Flex service, a new subscription-based service that uses substitute vehicles. In ordinary leasing agreements, users are expected to pay the full amount even when cancelling before the full period has elapsed. In uncertain times like today, however, many customers hesitate before committing to paying the fixed cost of long-term lease agreements spanning three to five years. Some customers sought to dissuade employees from using public transport as much as possible. The TC CAR FLEX service allows customers to choose a period of at least three months, cancel before the full period has elapsed, and switch vehicle types from luxury sedans to compact cars depending on the business segment. I think this kind of service meets the needs of the time impacted by COVID-19. 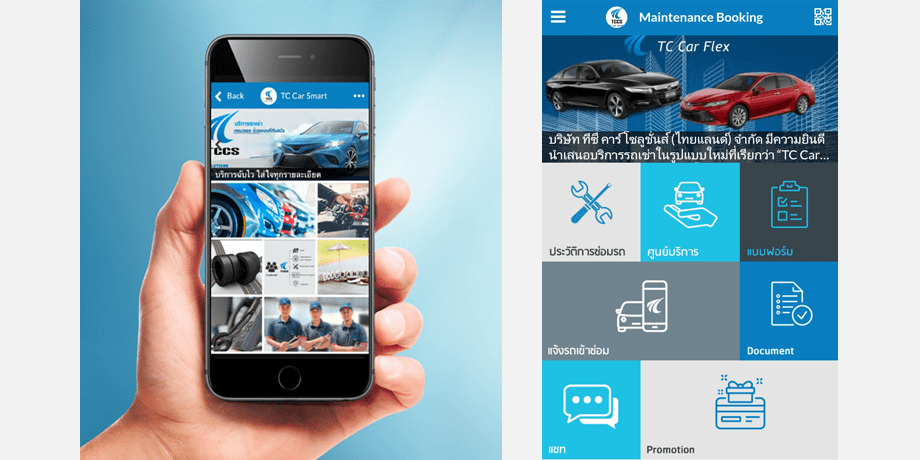 The Pandemic Revealed the Kindness of the Thai People, who Naturally Extend a Helping Hand to Those in Need

―― Has the COVID-19 pandemic revealed any positive aspects of Thailand?

Thailand is a Buddhist nation, so we invited a priest to conduct a Tambun ceremony upon establishing the company. “Tambun” means to accumulate virtue, and it is believed that happiness is attained through accumulating virtue by doing good deeds. I think the Thais are deeply religious.

Perhaps the prevalence of a Buddhist mindset makes it natural to extend a helping hand to those in need. This is one thing I like about Thailand, and I’ve felt the kindness of the Thai people in more and more occasions since the COVID-19 outbreak.

Tourism is a major industry in Thailand, and COVID-19 has had a major impact resulting in growing unemployment. Although I expected the streets to become less safe, the city has in fact remained more or less unchanged. I learned that the first thing people do when they lose their job is to return to their hometown, where their family or neighbors will lend a helping hand.

Thailand is often referred to as the land of “Sabai Sabai (going with the flow),” and I’ve come to feel a stronger appreciation for the spiritual affluence of this country.

―― Please share your business outlook and plans for the future in response to the COVID-19 pandemic.

I would like to further promote digital transformation both to increase the convenience of our customers and to raise the company’s operational efficiency. TCCS has developed and operates an app called TC Car Smart, which enables customers to check the maintenance history of vehicles and make reservations.

In addition, we are currently developing a new function that will allow customers to use the same app for selecting vehicle type and completing the reservation process in our car rental and subscription-based TC CAR FLEX services. During the times impacted by COVID-19, many customers are facing transportation challenges. We hope to offer flexible solutions that address customer needs and social issues as a unique mobility services company. 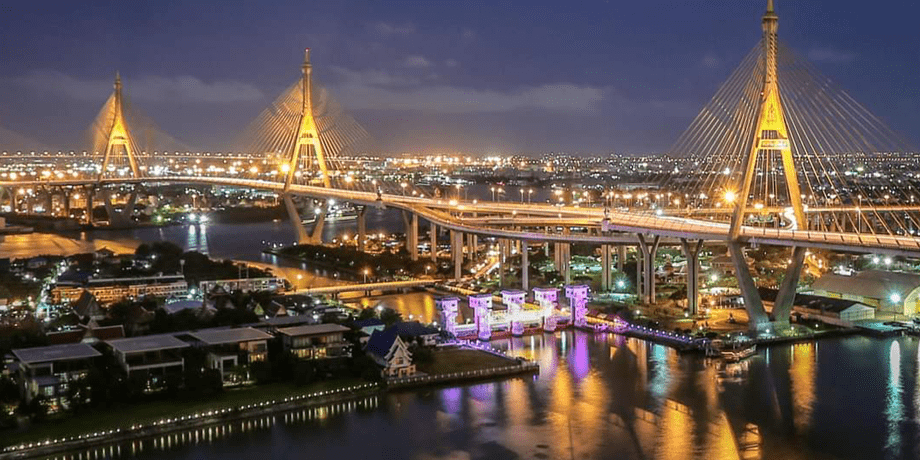 Established in March 2017 as an automobile leasing specialist, TCCS introduced RPA, or robotic process automation, in 2019 and received the grand prize in the TC Awards program, which recognizes achievements within the Group. TCCS is actively promoting digitization, such as the use of smartphones as virtual car keys. 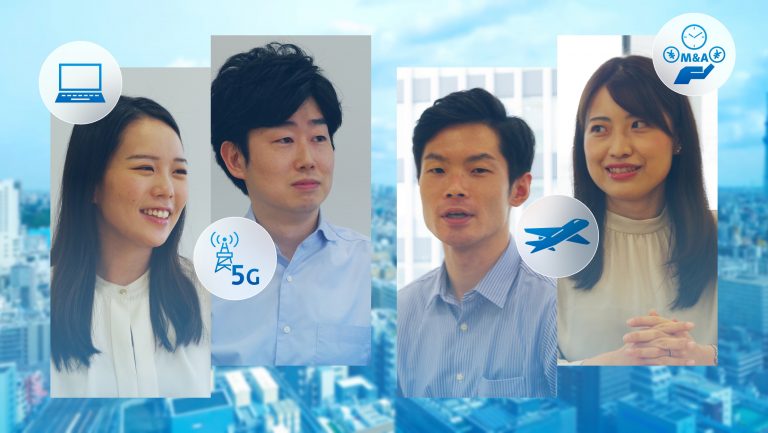 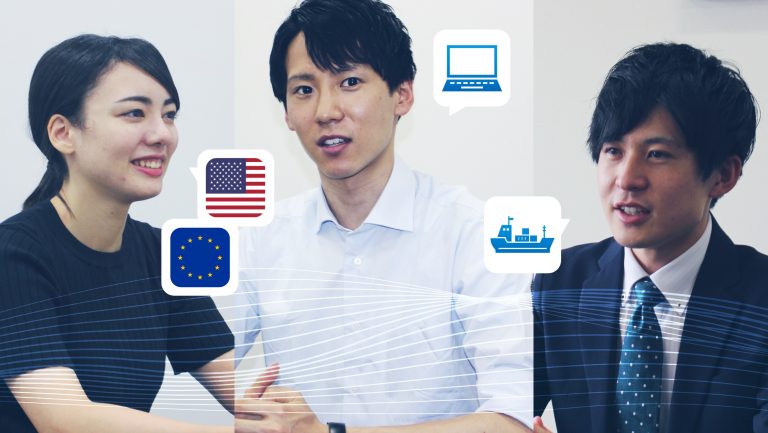 LIFE New Graduate Employees, Who Began Working during the COVID-19 Pandemic in Fiscal 2020, Look Back on Their First Year 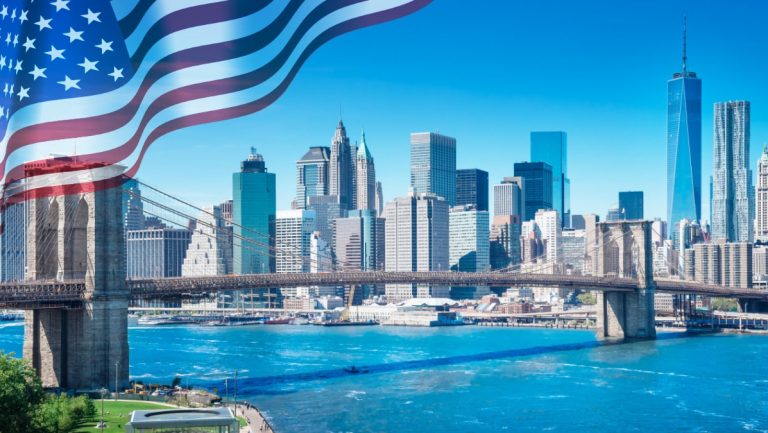 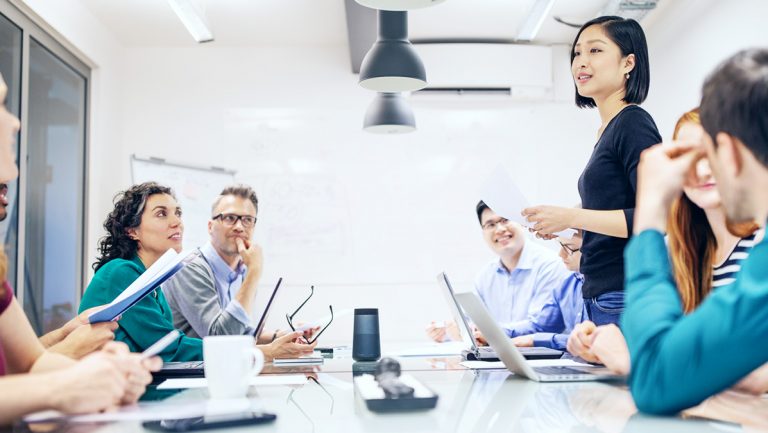 LIFE What Does Realizing Diversity Mean for a Company in the Context of the “New Normal?”