Unique Contributions by Tokyo Century for Creating a Decarbonized Society—Two Key Figures on a Current Hot Topic, the JCM

There is an urgent need to address climate change around the world. The Joint Crediting Mechanism (JCM), a unique system established in Japan, has been attracting attention for its role in reducing greenhouse gas emissions and is a current focus of Tokyo Century. We interviewed Takashi Aoki, a key figure in promoting the JCM at Tokyo Century, and Mr. Kazuo Takayama of the Overseas Environmental Cooperation Center, Japan (OECC), a general incorporated association involved in promoting and educating people about the JCM, to share their thoughts on the system as well as its future prospects.

Tokyo Century and the OECC are focused on the JCM 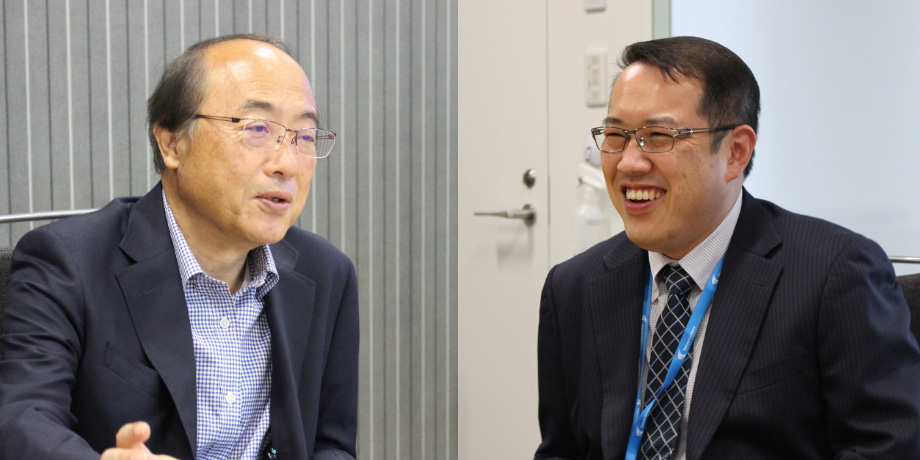 －Can you tell us about the JCM, promoted by Tokyo Century?

Aoki: Under the system, Japanese companies partner primarily with developing countries to reduce greenhouse gas emissions. For example, when a company in a partner country installs equipment for decarbonization or renewable energy, the Japanese side provides technology and funding. And through this system, the Japanese side can apply the reduced greenhouse gas emissions as credits for their own reduction targets.

Takayama: The concept of credits may be easier to understand as points. For instance, when a company in a partner country wants to install solar panels at its factory and a Japanese company to perform the installation work on its behalf, the JCM will subsidize up to 50% of the installation cost and award credits that represent the actual ongoing reduction in greenhouse gas emissions. 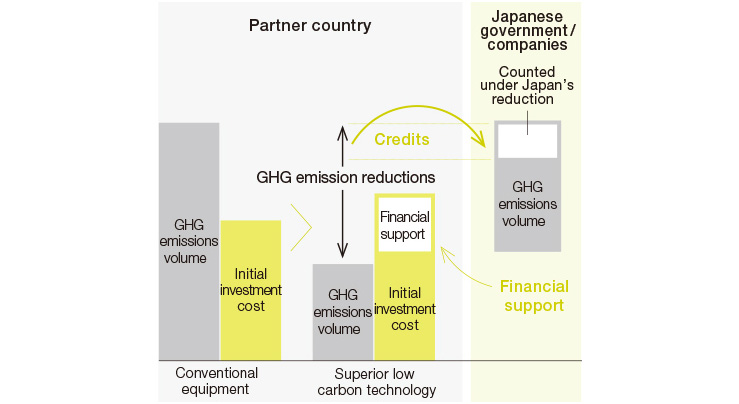 Aoki: The Paris Agreement of 2015 was a major trigger for the focused attention on the JCM. The agreement represents a groundbreaking framework that requires all participating countries, including developing nations, to reduce greenhouse gas emissions. At the convention, Japan’s then prime minister delivered a speech during which he declared that Japan would promote innovative low-carbon technologies by leveraging the JCM. The annual subsidies have now increased to around ten billion yen for the JCM equipment subsidy project alone.

－What role does the OECC, to which Mr. Takayama belongs, play in the JCM?

Takayama: The OECC started as an extra-governmental organization of Japan’s Ministry of the Environment, and it is currently a general incorporated association that promotes a variety of overseas environmental projects. The JCM is unique in Japan, and the OECC is raising awareness of it overseas while also discovering projects, communicating with overseas ministries and agencies, and supporting Japanese companies participating in the system.

Aoki: Tokyo Century has conducted eight JCM projects so far, and in the first, which was challenging, Mr. Takayama provided us with a lot of support, such as by communicating with related organizations, joining us on visits to ministries and agencies, and networking.

When we implemented the JCM in the Philippines, he first took us to the Philippine Embassy, which led us to expanding our network to include the Philippine Department of Energy and power companies. As for the JCM, it led to another new business as a significant benefit to us.

－I understand that Mr. Aoki plays a key role in promoting the JCM at Tokyo Century. Why did you decide to work on the JCM?

Aoki: The adoption of the Paris Agreement raised environmental awareness worldwide. And at the time, I heard about the JCM while working in sales, which first attracted my interest. In early 2016, I attended a seminar on the JCM in Osaka and made an appointment with the lecturer so I could ask him the many questions I had about the system. But back then I didn’t expect it would expand to such an extent as a business. 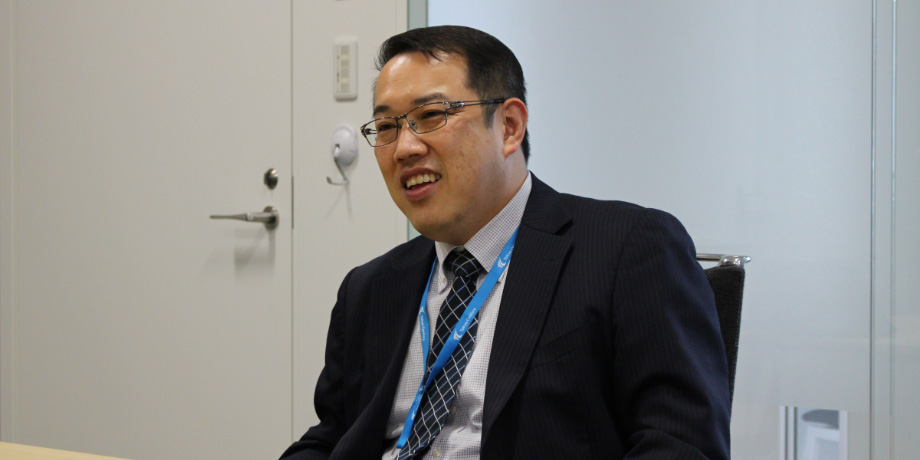 Even so, when I talked about it with our customers, I came to realize it was greatly needed. In the past, most companies sought pragmatic benefits such as cost reductions. Interest in the SDGs, however, has been growing around the world, along with the movement to achieve carbon neutrality by 2050. So, many companies want to be capable of developing a roadmap for achieving their goals, and I felt a growing need for the JCM as one action.

We are now a five-person team, and I’m very pleased to see the JCM steadily growing as a business. 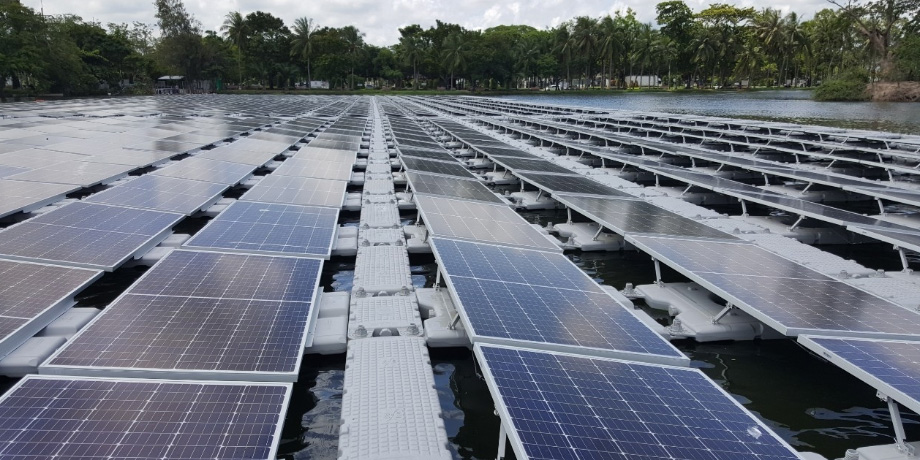 The JCM Eco-Leasing Project, for which Tokyo Century was selected as the first operator in Japan

－Can you tell us about the JCM Eco-Leasing Project, the new initiative you launched in 2020?

Aoki: Until now, the JCM has subsidized the purchase cost of equipment. Subsidies, though, are now also available for leasing equipment. This means, for example, that up to 10% of a total lease payment, including interest, can be subsidized for athe Project by utilizing the JCM Eco Lease Scheme.

Takayama: The project is the first initiative for which Tokyo Century has become the representative operator in Japan. And with recognition of the leasing format growing, many companies in partner countries are willing to give the JCM a try. 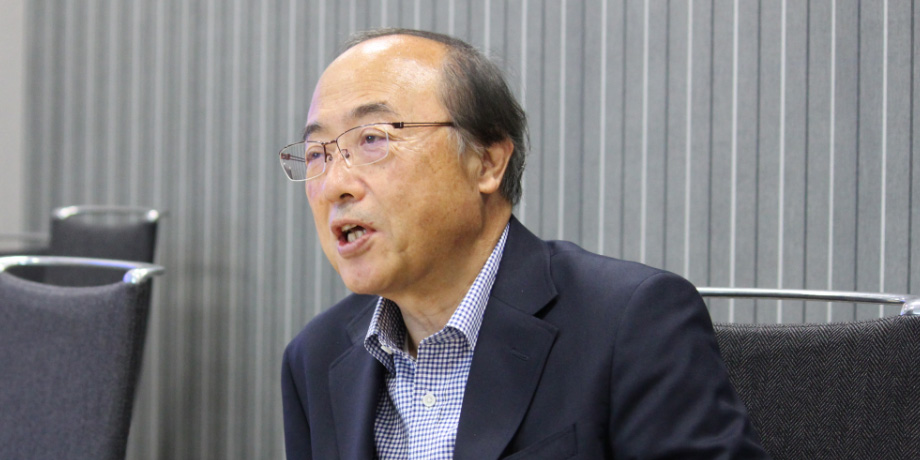 Aoki: There are two major advantages of the JCM Eco-Leasing Project. First, the initial installation cost can be reduced. With the combination of leasing and subsidies, usage fees are evenly distributed over years, so the subsidies will enable companies to reduce their costs and take on challenges.

－Both advantages can lower a local company’s hurdles for participating in the JCM. Is this the greatest benefit of the project?

Aoki: Yes. I believe it will be one of the deciding factors for companies—especially those in developing countries—to start their environmental initiatives at lower cost. And the fact that subsidies are now available, even for leasing, is a breakthrough.

The JCM Eco-Leasing Project is small enough for easily proceeding with lesser scale projects, and I think this will lead to the further dissemination of the JCM. 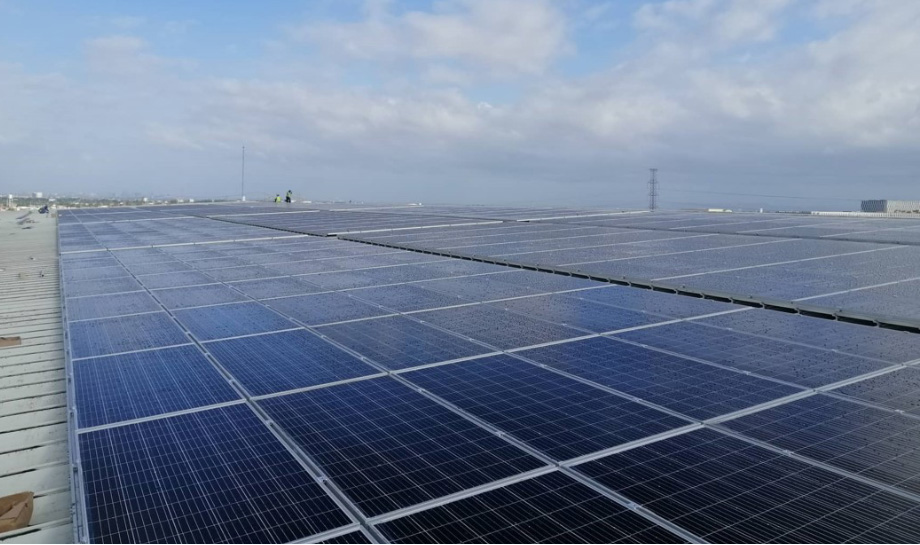 Takayama: A key consideration is how to raise the cost of capital investment for companies in developing countries. The annual amount of money needed for global environmental measures is thought to be 30 trillion yen, but the estimated level of ODA, or Official Development Assistance, contributions from developed countries is approximately 10 trillion yen, leaving a gap of 20 trillion yen.

This shortfall of 20 trillion yen needs to be met by private companies primarily. In this sense, the JCM Eco-Leasing Project is a significant initiative, and I believe it is very important for financial and service companies such as Tokyo Century to take the lead in implementing this advanced initiative.

Takayama: We are currently working on a project for which Mr. Aoki and I are planning to install solar panels in a village in a country that doesn’t have electricity.

There are approximately 200 residents, including small children, in the village. Some have smartphones that they charge using small, solar panels that provide a limited supply of power. There are no large storage batteries, so access to electricity does not last very long into the night. When the sun goes down, the village goes completely dark.

Children who grow up in such an area might not be able to get in enough study time because of the lack of light. And without an adequate education, finding jobs can become difficult, creating a spiral of poverty. We decided to install large solar panels in the village to provide access to electricity as one way to solve this problem.

Aoki: Mr. Takayama and I have been talking about wanting to work with various Japanese manufacturers and construction companies to provide a single package for the project. Public and private sector collaboration as well as private sector partnerships are ideal for JCM projects. 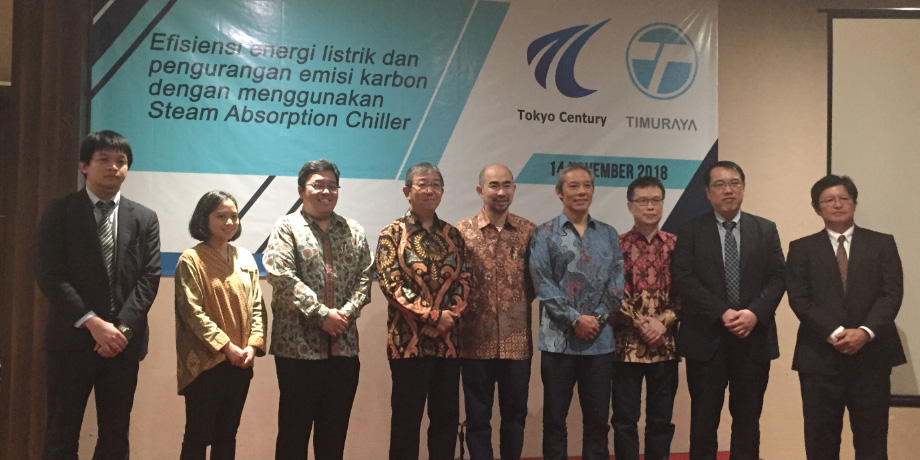 Introduction of Absorption Chiller to Chemical Factory in Indonesia

－Finally, what are your thoughts and visions regarding the JCM and environmental initiatives going forward? 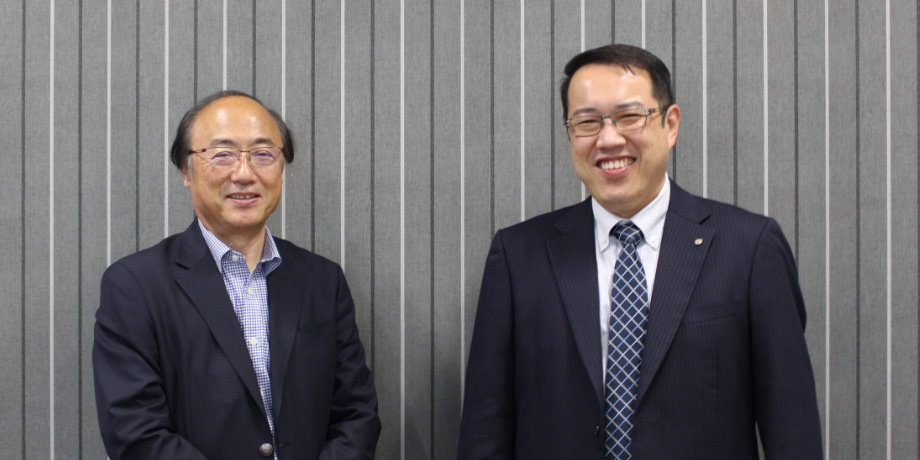 Takayama: While environmental projects such as JCM-related efforts are often viewed as social contributions, they are by no means implemented as charity projects. Developing them into a business can solve problems on a long-term and ongoing basis. While some companies are reducing their environmental impact as a social mission, many of them around the globe are searching for ways to make it work as a business.

I believe that there are different forms of cooperation and proposals that only Tokyo Century can offer. In fact, we have realized one approach through JCM Eco-Leasing Projects. I particularly want young employees to see with their own eyes the issues that exist around the world and experience local challenges. It would be great if they could actively work to solve issues and participate in approaches that are uniquely possible for Tokyo Century.

Aoki: Thank you for sharing your expectations for Tokyo Century. We would like to promote the JCM, while at the same time addressing other issues and concerns of companies with which we have established relationships through the JCM.

In fact, with the JCM as a spark, we have provided consultations on the installation of new solar panels for other projects and finance-related support. Going forward, we want to be capable of providing comprehensive support to companies worldwide for the JCM as well as their own environmental approaches. 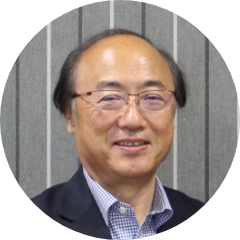 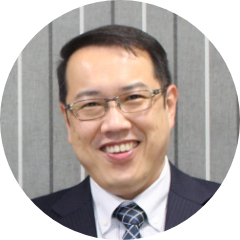 Engaged in overseas project support in different departments of Tokyo Century. Has focused on the environmental business for several years and has been playing a central role in disseminating and promoting the JCM business at Tokyo Century. 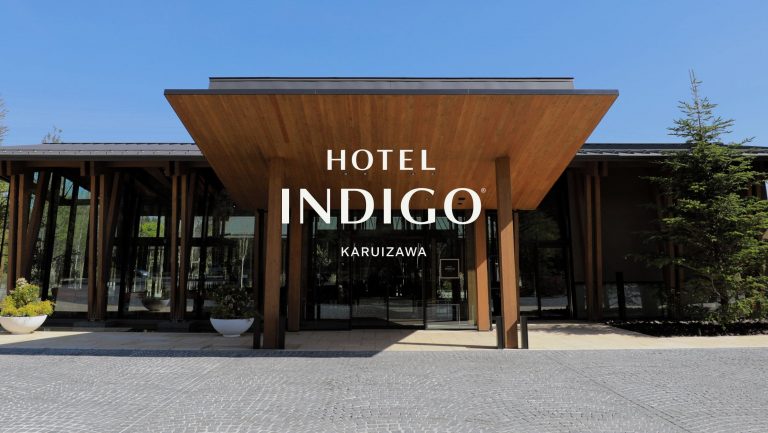 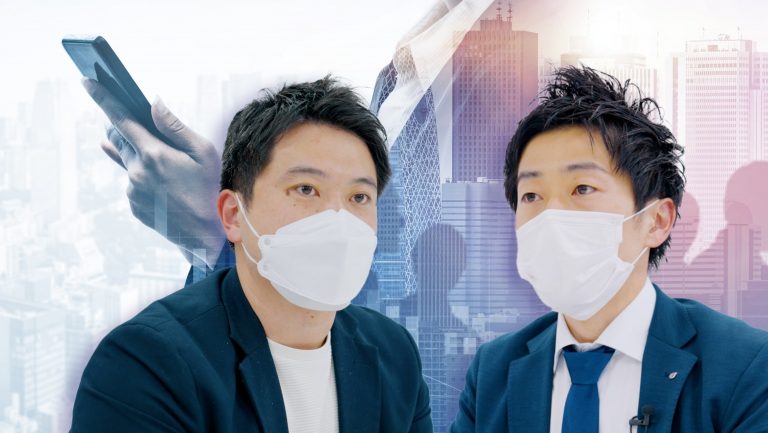 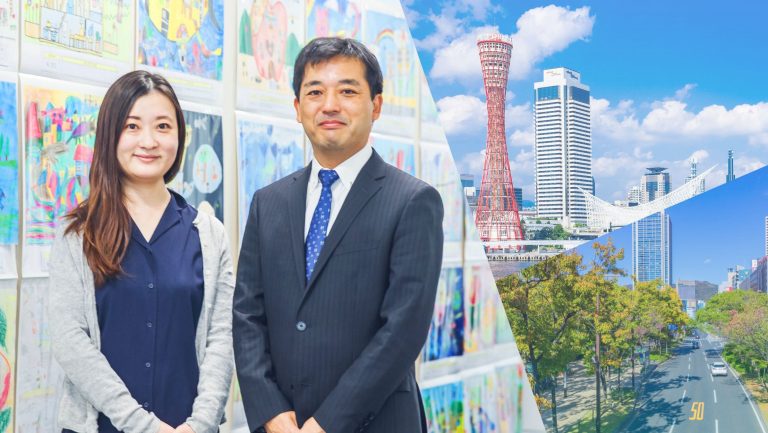 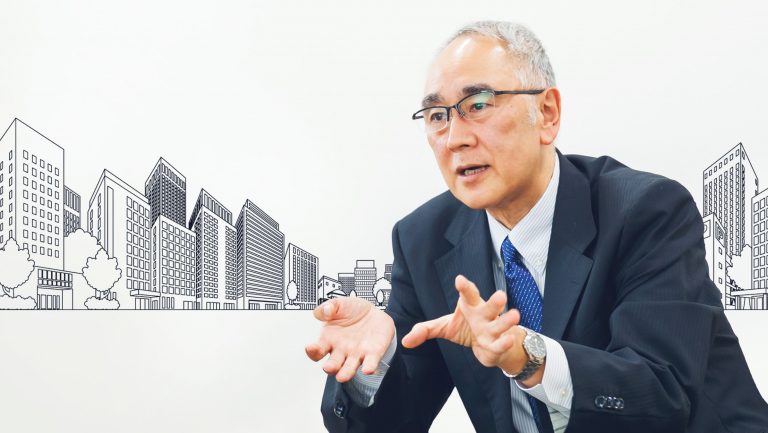