How we can transform diversity into an organizational strength —Interview with Mr. Kento Hoshi, CEO of JobRainbow Co., Ltd. 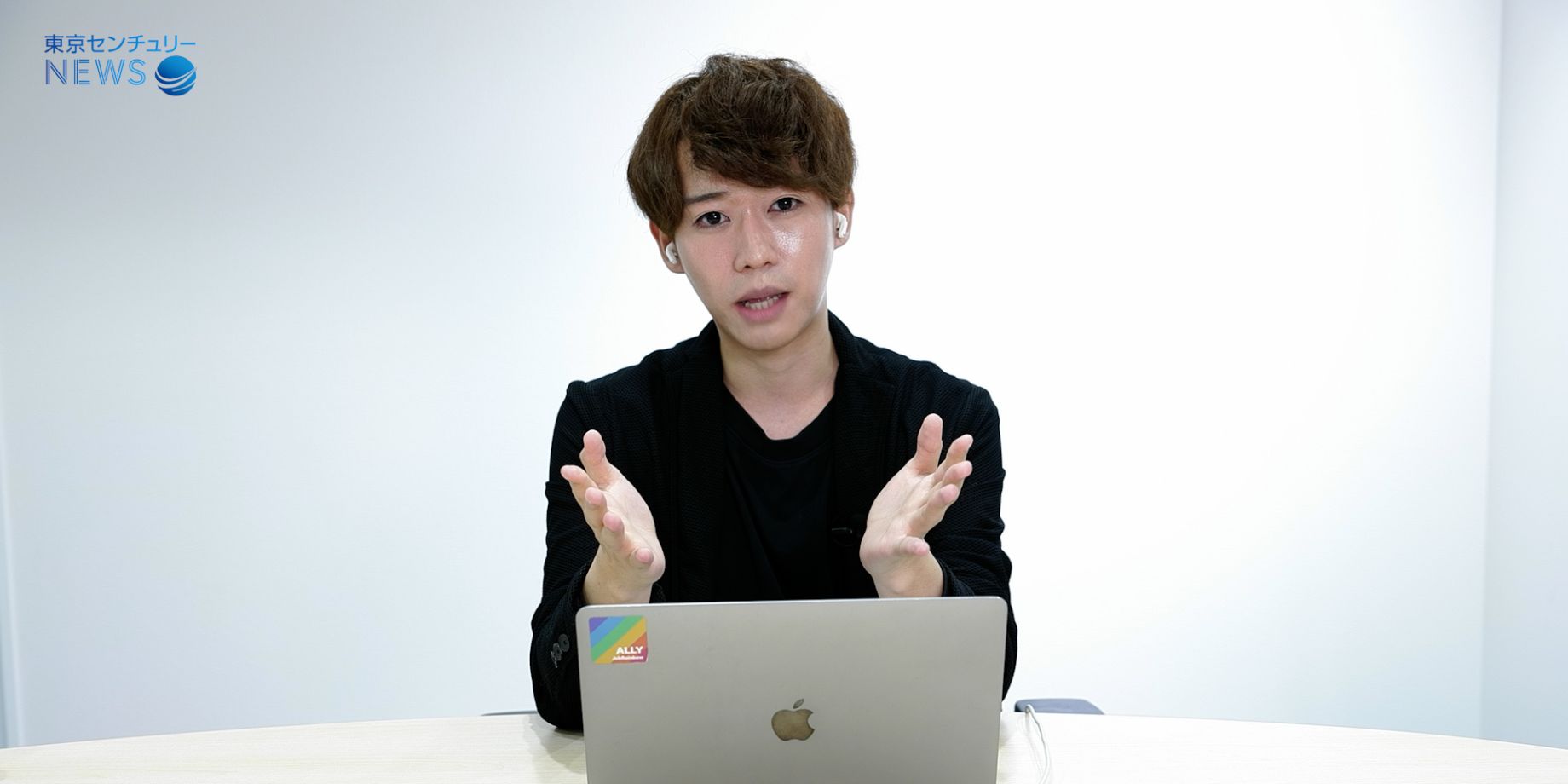 ─What do you make of current efforts in D&I by Japanese companies?

Consider, first, companies in the U.S., many of which appoint officers to oversee D&I with the understanding that diversity represents a competitive edge. These values are therefore clearly articulated and incorporated into the corporate strategy.

On the other hand, diversity and inclusion for many Japanese companies still remain just two aspects of CSR and related voluntary actions; they are not considered as elements of management strategy. Very few companies seem to recognize diversity as an essential consideration for corporate management.

─How are Japanese companies being left behind?

Most Japanese companies fall short in their diversity and inclusion initiatives because management is simply not behind them firmly enough. The fact is, companies still tend to operate under a traditional, hierarchical structure, which makes it difficult to instill a strong awareness of diversity and inclusion companywide unless management takes the lead. That was my impression after visiting and observing a number of Japanese companies.

Company management often expresses concern over diversity and inclusion efforts because of the long time it takes for them to bear fruit, leaving corporate leadership vulnerable to the criticism that initiatives are just rhetorical commitments based on empty words.

Nevertheless, we must keep in mind that most companies across the world which have earned respect for their progress in diversity and inclusion have at one time or another received this same criticism and took it seriously by ultimately transforming themselves through repeated trial and error. The point is to adopt an attitude of building on failures as opportunities for growth and keep updating values without fear of failure. It’s vital for management to adopt this attitude in order to promote diversity and inclusion successfully.

What is unconscious bias?

─Are there any other factors that impede the promotion of diversity and inclusion?

One factor is microaggressions—that is, unintentional attacks based on unconscious bias derived from preconceived ideas and prejudices.

For example, imagine telling someone, “You are from that country, so you must be super brilliant to be able to graduate from a prestigious school.” You may have intended this as praise. However, the wording might suggest you have an unconscious bias that those with a specific background are unintelligent or are poorly educated, which hurts the person’s feelings regardless of your intentions. People belonging to minorities, in particular, are regularly exposed to such microaggressions. And frequent microaggressions in an organization can significantly impair the psychological safety of its members. 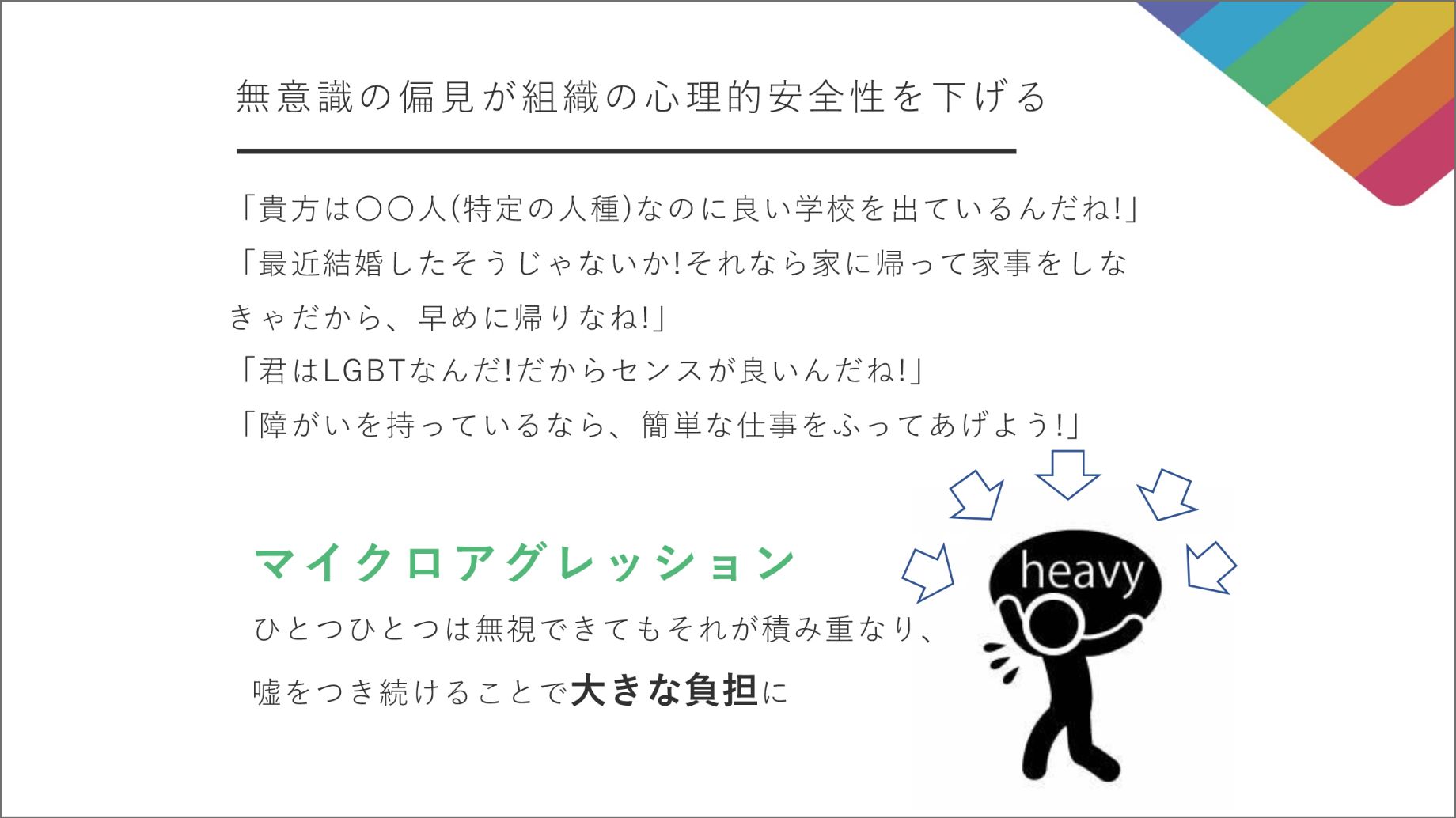 A difficult aspect of microaggressions is that, for the most part, people don’t mean to cause harm. That makes it hard to determine whether the inappropriateness of the remark should be pointed out on the spot. In my case, when I came out as gay to an acquaintance, he told me he had nothing against gay people, he didn’t want me to pursue him. I was stunned. You can’t assume that straight people will pursue everyone of the opposite sex only because of their gender, and the same thing applies between gay men. I think my acquaintance said what he said because he mistakenly believes that gay people go after anyone of the same sex.

Sometimes people I don’t know well say to me: “I heard a rumor that you’re gay. Is that true?” This is a difficult question for me as a gay person to answer.

I hesitate to simply say “yes,” because it might not be the right time to come out. Some gay people worry about how the information will spread. But if I said “no,” I‘d feel guilty for denying my true self, while knowing there’s nothing wrong with being gay.

If there is someone who seems to you like an LGBTQ+ person around you, I want you to create a “welcoming out” environment in which anyone can come out anytime they feel comfortable doing so instead of making fun of it and asking them a question that would tend to force them to come out.

Everyone has preconceived ideas, prejudices, and unconscious biases. Scientific studies show these tendencies are natural because that is how the human brain works. What’s important is not blaming it on nature but rather keeping in mind that you can correct a bias anytime when it’s pointed out by someone and work to build relationships, which allow you to casually make such conversation. This is also very important for maintaining and building a team. 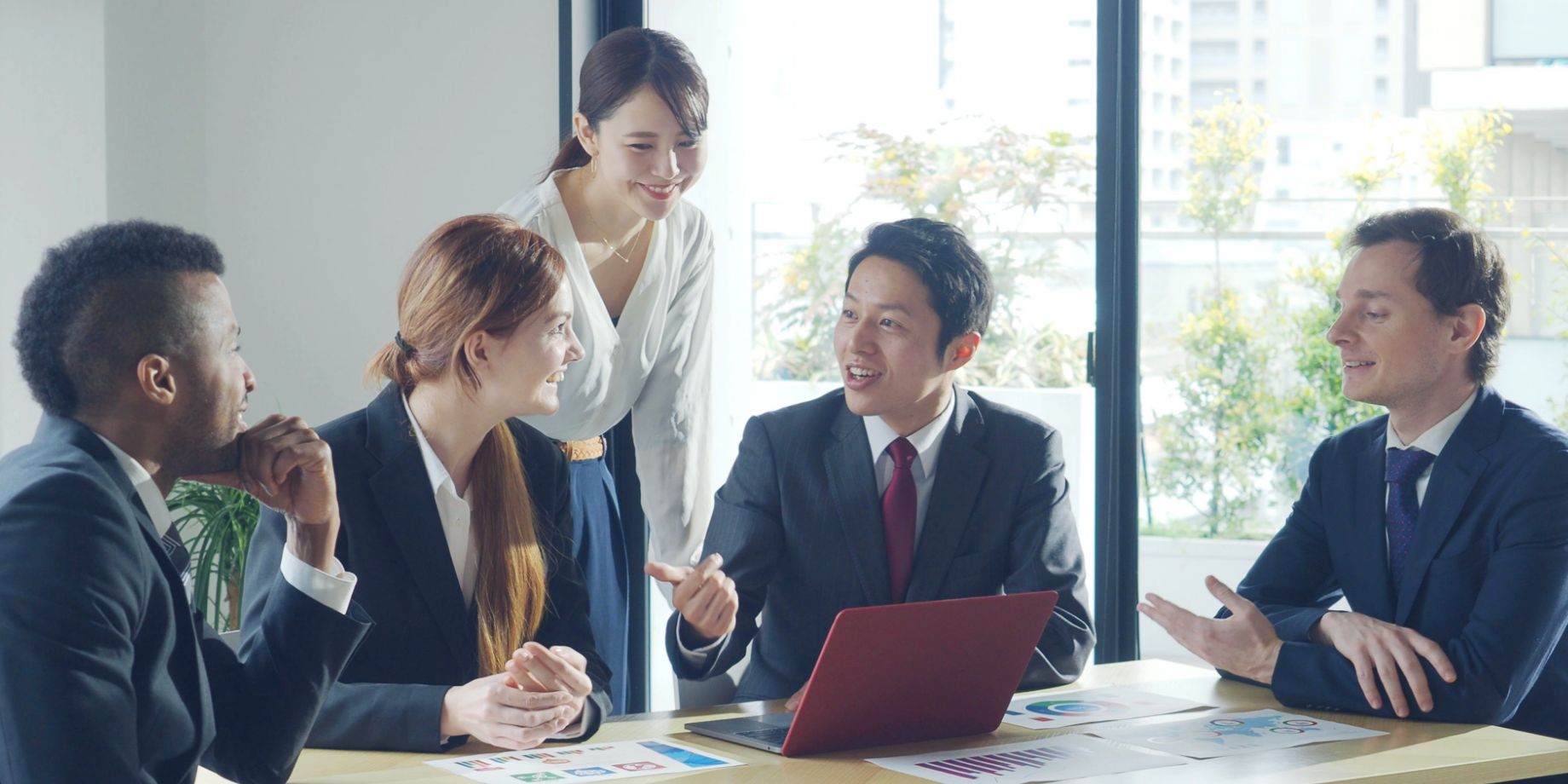 ─Tokyo Century is on the way to achieving diversity and inclusion. What suggestion could you share on how Tokyo Century as a company should deal with D&I and raise employee awareness of the importance of these values?

In this context, what is the foundational significance of diversity and inclusion?

I often refer to a book entitled The Rise of the Creative Class, by sociologist Richard Florida. It was published in the 2000s and has drawn worldwide attention, and it explores ways to inspire creativity from the perspective of urban economics. The author states that “In regions that are achieving significantly high economic growth, there are clusters of people who create new value.” He refers to these clusters as a “Creative Class.”

In this context, he cites three “T”s that are essential for companies, organizations, and communities to grow. They are: 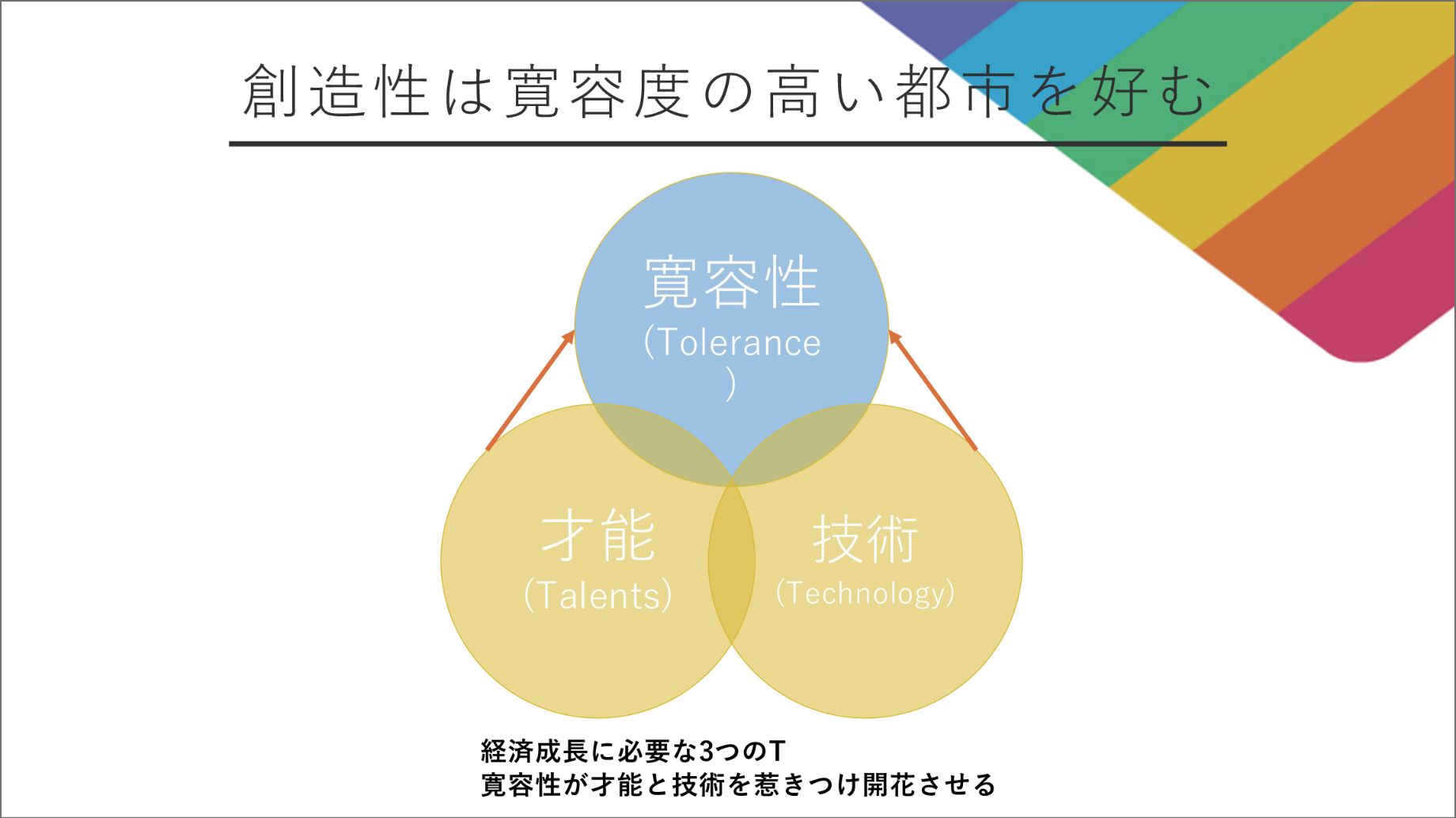 The third T, “tolerance,” is especially important. It essentially means inclusion. He cites cities such as Seattle and San Francisco as regions demonstrating the three “T”s. Data show these cities have a significant gay population and openly welcome immigrants. Giant firms such as GAFA have been founded in neighborhoods of these cities.

Given these facts, it is obvious that tolerance and inclusion represent critical core values for companies striving to achieve growth and contribute to solving social issues. Insofar as every employee is fully aware of this, a company will achieve significant growth.

It’s not really that difficult. Starting today, change just one thing in your behavior. You can begin with something small. For instance, when you talk with a colleague, try to ask “Do you have a partner?” instead of asking “Do you have a boyfriend (or girlfriend)?” Instead of addressing your female colleagues with chan after their names or using kun after the names of your male colleagues, use san for everyone, regardless of gender. Or you can confirm a colleague’s preference in advance. Just by adding such simple but careful expressions to your communication, your workplace could be transformed into a more comfortable environment for everyone.

The important thing is to change the way you behave in even the simplest ways. I believe this could become the first step for us to transform companies and society over the next 10 to 20 years. I’d be happy if I could go forward together with you as like-minded people after participating in this webinar. 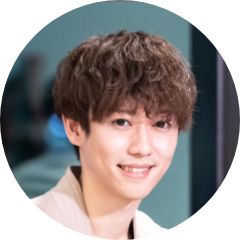 Kento Hoshi was born in 1993. He started a business at the age of 22 as a graduate student at the University of Tokyo. He founded JobRainbow Co., Ltd., a recruiting website for LGBTs, capitalizing on his own experience. In five years, the number of monthly users of the site reached 650,000. He also operates a career school for LGBTs and provides services such as seminars and consulting to over 100 companies every year. 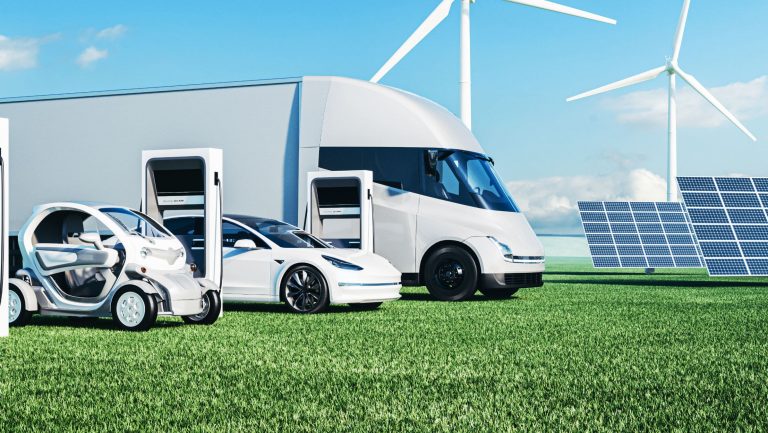 The use of electric … 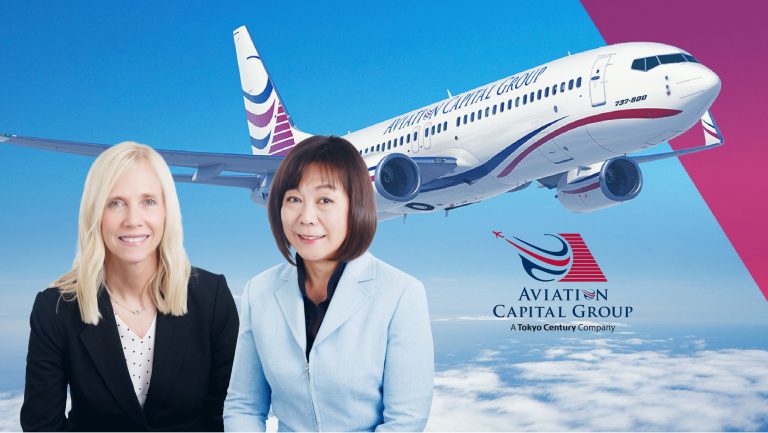 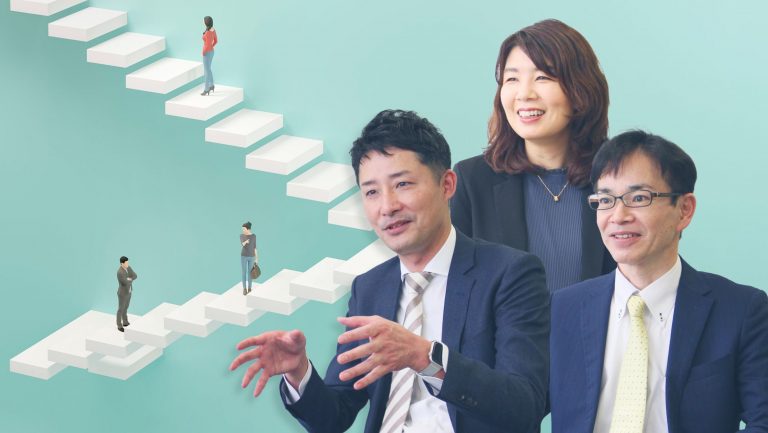 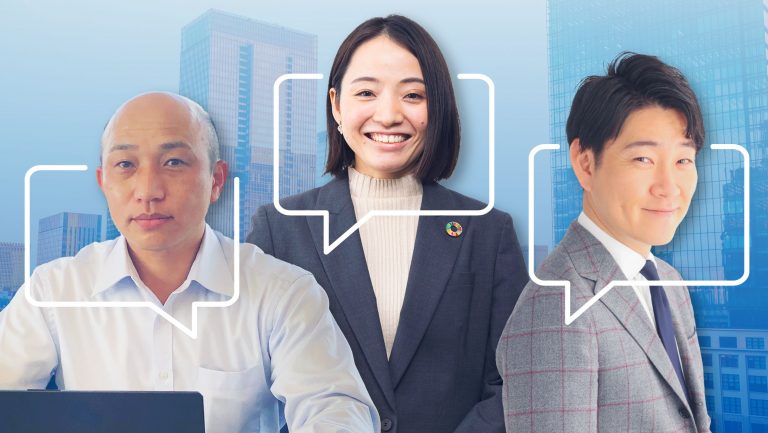